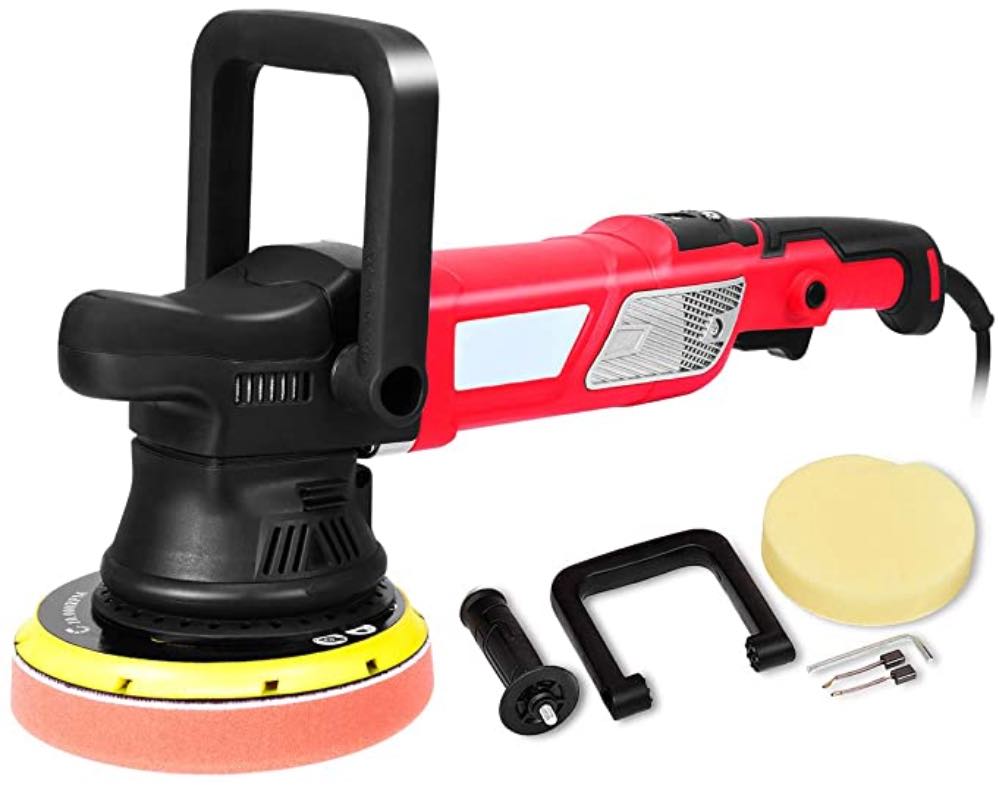 950 Watts, very well balanced, low vibration. It’s got a trigger and it also has a locking button. It has features very much like the Torq 22D and it’s got a digital display. 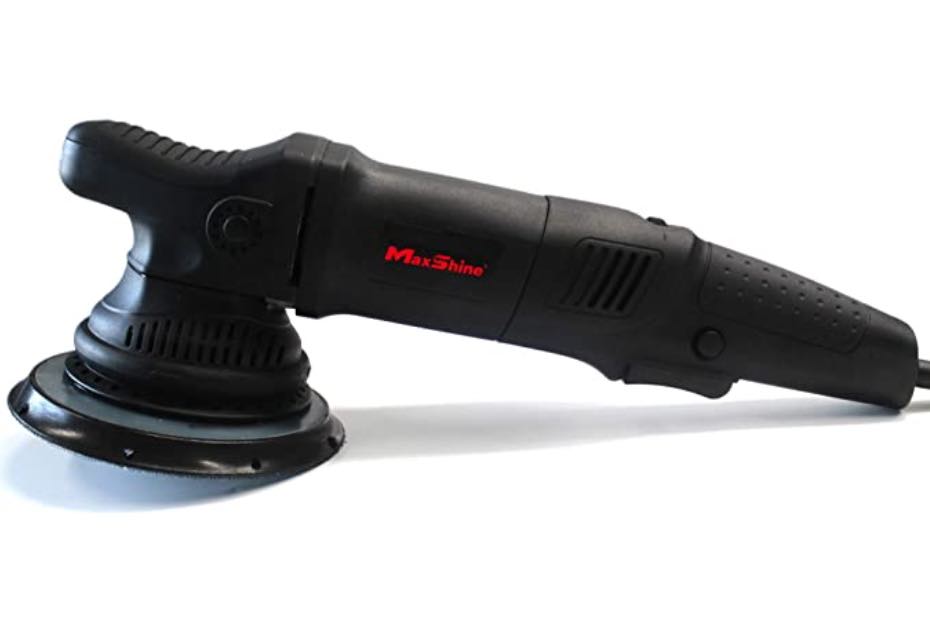 What comes into the kit? A nice carrying case with the shoulder harness clamps with a handy carrying case for the handle, rubber grommets, the extra carbon brushes, Allen key, and hex bolts for the handle. There is a spacer to give you a little bit of breathing room between the shroud and the backing plate, instruction manual, and the warranty card for the one-year comprehensive warranty.

A nice carrying bag for the polisher and many other things has one larger pocket on either side and three pockets on the inside of each end of the bag.

The polisher itself has 21-millimeter throw, 900 watt motor and soft start trigger with lock. It has the 6 speeds speed dial with a larger, easy to see numbers for the speed setting. The speed dial provides great tactical feedback, so you’ll definitely know when you’re switching speeds. There is a soft grip platypus head handle on top of the polisher and a great soft-grip handle for the trigger. Heat escape, dust vents, high-impact plastic cover. This affordable polisher has a soft start, so it doesn’t matter if you have it on speed 6, or speed 2 – it’s going to start up nice and easy for you. The motor is quite quiet, the vibration is minimal.

The six-inch pad and backing plate are what it was made for, so if you’ll decide to swap to a five-inch pad and backing plate, you’re going to get a little bit of a wobble. But once you get up to speed in between two, two and a half and three, and you get it up to speed, that wobble will go away, especially when you have it on the panel – it’s a very nice, smooth, quiet machine. 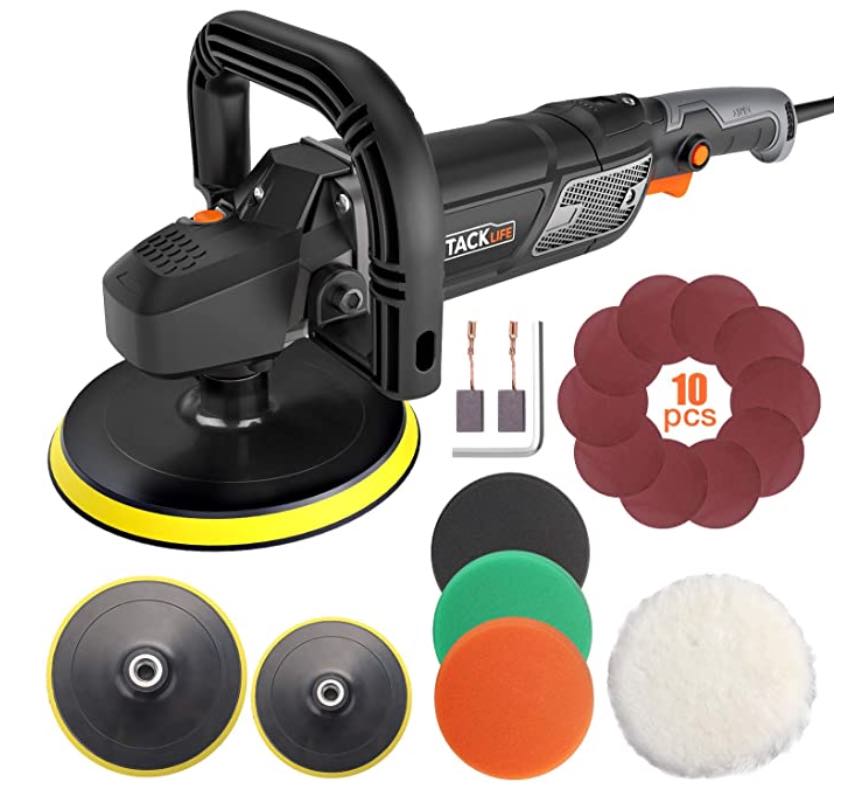 It has a locking function so that you don’t have to have finger fatigue is push that button and it will lock it, and then, you can release the lock by hitting it again. It has a very nice oversized spindle and has two methods of using a handle: D-handle, which you can put on, either way, left or right or you have the option of using a side handle.

This affordable car buffer has 10 feet long power cord, so you don’t have to use extension cords when you’re using it.

So other than this is a great value, and I think you’re going to like this product. It works really well. I love the digital display which lets you know how much energy to use and you can remember that setting for the different materials that you’re actually polishing or sanding. I also love the lock mechanism here. 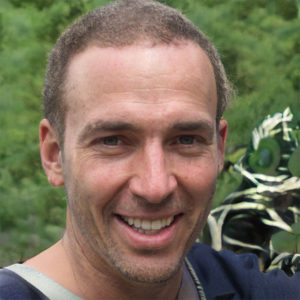 Hi, my name is Steve and I'm a car detailing expert.... Read more

Cordless Polishers and Buffers
Affordable Buffers and Polishers
See All

How to Wax a Car?
Car Wax, Polishes, and Compounds
See All